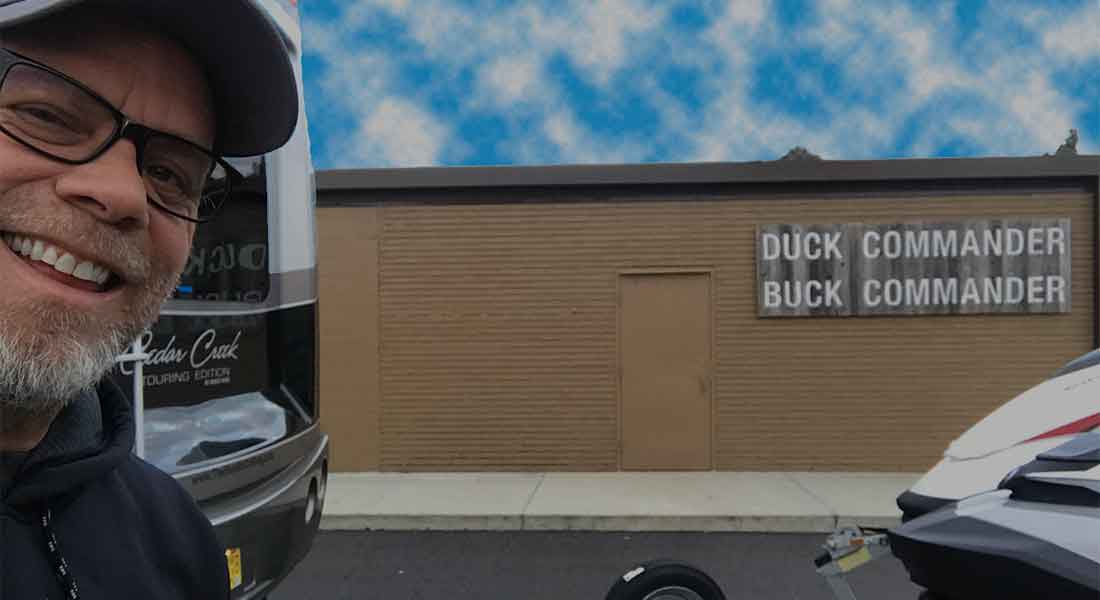 So, I wanted to talk about something I do almost constantly – triple-towing (truck, camper, trailer behind camper). I tow a jet ski or snowmobile trailer behind the 5th wheel.

When I bought my truck and 5th wheel, I was living in New Hampshire. Like most northeastern states, NH does not allow triple-towing. After exhaustive research online and with actual law enforcement officers (local, county and state levels), the ins and outs of this were clear as mud. The general belief among NH officials was that if you were an RV’er, and based in a state that allowed triple-towing, that it would be reciprocally allowed in NH. Not one of the NH law enforcement officers I spoke with had ever cited anyone for triple-towing and all said they have observed it in the field.

What constitutes being “based” in another state? This is tough area for full-timers like me who, at that time anyway, had no physical address, other than a mailing address I used while in NH. Is it where my driver license is issued? Is it where my vehicles are registered? Depends on who you ask. At that time I wound up renting a room at a friend’s home in New Mexico and everything I have is registered to that address. The truck, the 5th wheel, the other trailers – all registered in NM. Since then I have logged over 40K miles triple-towing 21 states and have never been pulled over for it. So I guess I’m going the forgiveness over permission route.

I have been approached, however, by many folks who see the rig and ask about it. A few in New England were even quite indignant, as if I was putting everybody on the road in danger by this practice. I think it is just culturally not accepted in that region of the country. One even called the police to report me. This was at a fuel stop and I hung around for nearly an hour, but the police never came. Probably because they had other more important things to do at that time.

Laws around triple-towing, murky from state to state as they may be, are not the primary concern for me. Safety takes that position. And while the mechanics of the trailering solution might stand out as the most important safety issue, the bottom line is that the mechanical parts of today’s equipment is very well engineered, strong, and sound. That is, if it is configured correctly and within designed limits.

The primary issue for me with safety is stopping a fast moving rig when needed and under all conditions.

This is where an RV’er must always separate two very important things, commercial trailering from recreational trailering. RVs are not commercial rigs. Commercial rigs, such as semis and the like, are built for for size, weight, and speed. They’re heavy-duty applications designed to haul a lot of weight. The tractors and trailers have heavy-duty air brake systems. Most RVs do not. The truck is hydraulically braked and the RV has electric brakes. The double jet ski trailer has no brakes. This rig cannot be compared to commercial rigs whatsoever. Stopping under all conditions is what’s most important to me.

Therefore, I practice a lot of common sense as I triple-tow around the country. I never follow closely, almost always drive below the posted speed limit (never exceed 70 mph), slow down under wet road conditions, and stop frequently to check mechanical systems, such as tires, hitch connections, etc. I also have a back-facing monitor camera on the rear of the 5th wheel.

My 5th wheel came from the factory with a trailering hitch receiver. Some RVs come from the factory with small receivers and these are for accessory racks, such as for bikes, spare tires, platform storage, etc. Mine came with a standard hitch with a 2″ opening welded onto the frame of the coach. It was made to pull a trailer. But I still had some concerns with it so I had a professional welder/hitch guy have a look at it and he endorsed its design, the quality of the welds and made no recommendations about beefing it up at all. I also had him inspect the frame from stem to stern for any fatigue or other issues of concern and he gave it a clean bill of health as well. 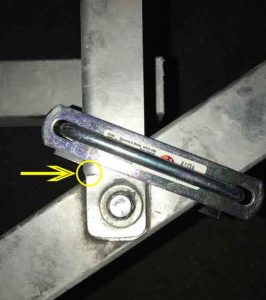 The only problem I have had wasn’t with the truck or the 5th wheel – it was with the double jet ski trailer. Made of galvanized steel, the trailer is made to flex when needed to absorb road shocks. Because the 5th wheel axles are positioned 11′ forward of the back of the coach, the 5th wheel “seesaws” as it goes down the road, putting constant up and down stress on the jet ski trailer. When returning from New Mexico to New Hampshire the summer of 2017, I noticed a stress fracture in a crossmember assembly of the trailer. A stop at Tractor Supply provided the workaround parts needed to reinforce the crossmember, and this got me back to New Hampshire with no worsening of the crack. A trip to the welding shop after returning to have that section reinforced permanently with a angle iron crossmember fixed this problem. I still am not crazy about this trailer, but it is light by comparison with other types.

As a F/T’er, I like to have the seasonal toys with me where I travel, so triple-towing is a must for me. I realize it isn’t for everyone, and to do it right requires a good deal of vigilance and slower going. I’m OK with that!